KUALA LUMPUR: Selangor needed a late penalty to edge Super League stragglers Perak 1-0 in their opening Group B match of the Malaysia Cup at the Petaling Jaya City Stadium.

The Red Giants won the penalty after striker Sean Selvaraj was fouled in the box by Perak defender Mohd Idris Ahmad.

Meanwhile, Colombian Romel Morales scored a brace to inspire Kuala Lumpur to a 3-1 win over Pahang in a Group A clash at the Kuala Lumpur Football Stadium in Cheras.

The City Boys opened accounts in the 19th minute through a Daniel Ting header before Morales took centrestage with two goals in the 47th and 73rd minutes.

The visitors, however, managed to pull one back courtesy of an own goal by Giancarlo Gallifuoco, who put the ball into his own net when he tried to intercept a cross from Pahang’s Muhd Ashar Al Aafiz in the 79th minute. — Bernama 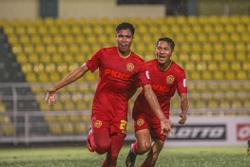 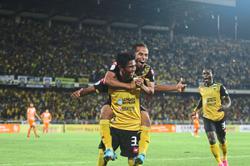