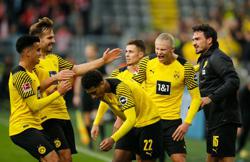 FREIBURG, Germany (Reuters) - Unbeaten Freiburg marked their departure from their Dreisam stadium after 67 years with a 3-0 victory over Augsburg on a nostalgic Sunday in the Bundesliga.

The hosts, who are moving to the bigger Europa Park stadium after playing 360 Bundesliga matches at the Dreisam since winning promotion in 1993, struck three times in a dominant first half to maintain their strong start to the season.

Lukas Kuebler put them in front, Lucas Hoeler doubled the score from close range in the 25th and Vincenzo Grifo scored with a penalty eight minutes later, and has now converted all nine of his Bundesliga spot kicks.

Grifo's goal was the 999th Bundesliga goal scored at the Dreisam stadium as former coach Volker Finke, who led Freiburg to the Bundesliga in 1993, watched from the stands.

Freiburg coach Christian Streich was in tears at the final whistle after the emotional farewell, and the victory lifted his team, the only unbeaten side left in the league along with leaders Bayern Munich, to fifth place on 12 points.

Bayern are top on 16, with Bayer Leverkusen and VfL Wolfsburg in second and third place respectively on 13. Borussia Dortmund are fourth, ahead of Freiburg on goal difference. 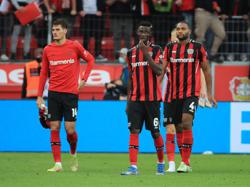