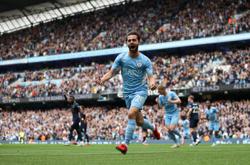 Messi joined PSG in August when he left Barcelona after the Spanish club -- where he had spent his entire career -- were unable to finance a new deal for the forward.

The 34-year-old suffered a knock on his left knee last week and is a doubt for the clash against the team led by his former Barca coach Guardiola.

"It was a surprise for everyone -- what happened, happened. Everyone now accepts it," Guardiola told reporters on Monday when asked about Messi leaving Barca.

"Long time ago you couldn't imagine (it), but it happened. Life itself, you never know what happens. What's important is that he'll be happy there in Paris.

"I think this type of player speaks for itself on the pitch, I don't have to add anything else. We were fortunate to see him during this 16 years... His career is exceptional. Hopefully tomorrow he can play for the benefit of the game."

"I don't know, (with) this amount of quality, I don't know how to stop them, they are so good," Guardiola added.

"You have to defend well without the ball and let them run when we have the ball. They are exceptional players, everyone knows it, all of them so good. Individually and they combine so good.

"The three players up front can do whatever they want. Wide narrow, wide left, Messi can play right or middle, Mbappe wide or middle... They combine so well, the talent cannot be stopped."

Riyad Mahrez scored against PSG in both legs of last season's semi-final victories but the Algerian winger said there was no guarantee they would win again, predicting a "tight game".

"I scored but the way we played was the most important, personality and character," Mahrez said.

"We have to play like we played (in the weekend's 1-0 win) at Chelsea, every game, especially away. We have to play with personality, impose your game everywhere you go -- that's why you're most likely to perform good."

Guardiola said midfielder Ilkay Gundogan would return from injury only after next month's international break. 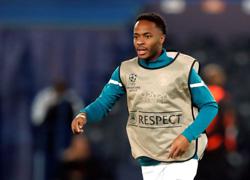