(Reuters) - Tottenham Hotspur manager Nuno Espirito Santo said he does not follow the Premier League's guidance on heading restrictions in training even as soccer governing bodies look to reduce the risk of players developing neurodegenerative diseases.

The Premier League announced recommendations https://www.premierleague.com/heading-guidance ahead of the new season based on a study and said players should attempt only a "maximum of 10 higher force headers" in a week during training sessions.

The League said it was "essential that club staff monitor each player's heading practice" but with no clear rules in place to enforce the recommendations, Nuno said he does not keep count.

"Good question, that's why we have training sessions without nobody seeing us," Nuno told a news conference ahead of Sunday's North London derby against Arsenal.

"I agree (with the limitations), I'm concerned with the situation of dementia and what heading the ball can cause. It's a big concern for us but it's part of the game.

"Honestly, I will not lie to you. I don't count how many times our players head the ball. Maybe I'll get myself in trouble for this but football is jumping, heading -- it's part of the game."

New research showed former footballers are 3.5 times more likely to die with dementia https://www.reuters.com/lifestyle/sports/footballs-should-be-sold-with-health-warning-says-dementia-expert-2021-08-02 than the general public and the risk is highest among defenders, who are five times more likely to have dementia than non-footballers. 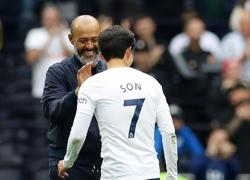