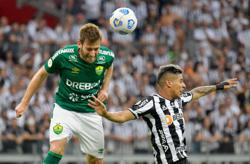 SAO PAULO (Reuters) - A Brazilian second division club were docked three points and had one of their senior officials banned from football for 360 days on Friday after the country's sporting tribunal found him guilty of abusing an opposing player during a recent match.

Petermann admitted to telling Londrina midfielder Celsinho "go and cut your beehive of a hairdo" during their Aug. 28 match in Brazil’s Serie B.

Petermann apologised in a submission to the court.

There were no fans present at the game, which ended 0-0, because of COVID-19 restrictions in Brazil. However, Celsinho identified Petermann in the director's box and the incident was included in the referee's report.

Cases of racism have shaken football in recent years and gained considerable attention. But punishing clubs by docking points or forfeiting their games is still a rarity.

"This is the first case I have seen where the racial offence was by a club official," Vanderson Macullo, one of the tribunal’s judges, wrote in the decision.

"Being a club official brings an institutional dimension to the case and I don’t see how the club cannot be held responsible."

Before the points deduction, Brusque were 15th in the 20-team Serie B, while Londrina are five points behind in third bottom spot. 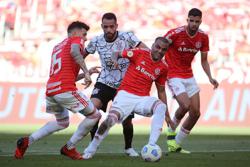 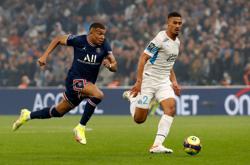