NICE, France (Reuters) - Nice's three-game winning streak ended on Sunday when the Azurean side were held to a 2-2 home draw by neighbours AS Monaco in Ligue 1.

Christophe Galtier's team, who had scored 10 goals and conceded none in their three previous games, netted twice in the second half through Andy Delort and Hicham Boudaoui to take the lead after Aleksandr Golovin's opener for Monaco before Wissam Ben Yedder earned a point for the visitors.

Amine Gouiri missed a late penalty for Nice, who were docked a point after crowd trouble during their home match against Olympique de Marseille last month.

They are fourth in the standings on 10 points from five games. Monaco are 13th on five points from six matches.

Nice, playing the second of three games behind closed doors, lost striker Kasper Dolberg after 15 minutes due to a knee injury, but substitute Delort impressed.

Monaco, who had only scored three goals in five games, went ahead when Golovin found the back of the net from close range after being set up by Gelson Martin six minutes before the break.

The hosts, however, were more compact in the second half and they were rewarded in the 51st minute as Delort headed home Gouiri’s cross after the midfielder had outpaced the Monaco defence.

Nice went ahead on 74 minutes after more nice work from Gouiri led to Boudaoui tapping home from Delort's pass.

But the visitors levelled three minutes later as Ben Yedder converted a penalty after Caio Henrique was brought down.

Gouiri missed the target with his spot-kick in the 82nd minute after a Benoit Badiashile hand ball.

Later on Sunday, leaders Paris St Germain will bid to maintain their perfect start when they take on Olympique Lyonnais and Lionel Messi could play his first game at the Parc des Princes for the capital club. 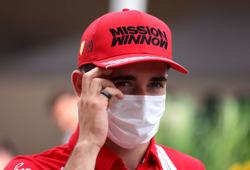