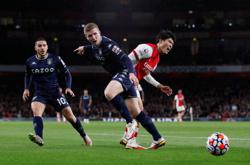 German Leno started Arsenal's first three league games of the season but was dropped after the team conceded nine goals without reply in those matches, including a 5-0 hammering by Manchester City late last month.

Ramsdale, who arrived from Sheffield United in August, made his Arsenal debut in their 6-0 League Cup win over West Bromwich Albion and then helped get their league campaign up and running with the 1-0 win over Norwich.

"We have to change something and Aaron has come here to try to make us better," said Arteta, whose team are 16th with three points from four games.

"I said to the goalkeepers in the last two or three years, that we don't want to (rotate). What we want to do is empower performance and ask them to train, behave and play the best possible way. How can I guarantee somebody something?

"It wouldn't make sense with what we are demanding them to do. So it is on a daily basis — what you did three months ago in football, it doesn't count. It is what you're going to do today and tomorrow, and that's it."

Arsenal travel to 18th placed Burnley in the league on Saturday. 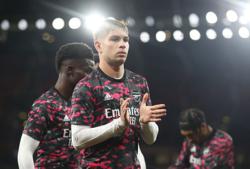