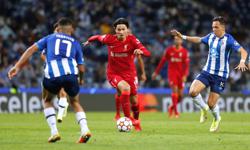 Taremi bundled the ball into the net in the 80th minute from the floor after a mix up between Atletico defender Renan Lodi and goalkeeper Jan Oblak but the goal was ruled out as the Iranian forward had handled the ball as he slid to the ground.

The Uruguayan had also gone close to breaking the deadlock late in the first half with a free kick which cleared the wall but went narrowly above the bar.

"Porto were very good in the game, we lacked a bit of creativity and we had few chances, when you play against a team who wants to play on the counter its always difficult," said Oblak.

"Their (disallowed) goal came from a big error from us, luckily we have VAR and they gave the handball but we have to stay focused to avoid scares like that."

Porto coach Sergio Conceicao and Atletico's Diego Simeone shared a dressing room as players for Lazio and the two men have similar footballing visions which made for a tight affair with neither side affording the other much space.

Atletico suffered a first-half setback when Thomas Lemar, who scored a 99th-minute winner in the 2-1 victory at Espanyol on Saturday, was taken off with a muscle injury.

The visitors nearly took the lead early in the first half with a powerful cross from midfielder Otavio which went beyond Oblak's grasp and came off the post.

Simeone then made a triple change, bringing on Griezmann, who had been subbed off in a disappointing return to the team at Espanyol after re-joining the club on loan from Barcelona.

But it was another substitute in Angel Correa who almost gave the hosts the lead, the Argentine forward driving a shot across goal which Porto keeper Diogo Costa beat away.

Porto showed a little more ambition in the latter stages and were aggrieved when Taremi's goal was ruled out as the ball brushed against his arm just before it trickled across the line.

They had another opportunity to snatch the lead when a cross found Mbemba from close range but the defender failed to make proper contact with the ball. 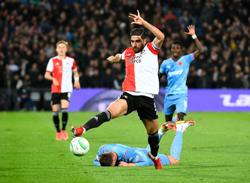