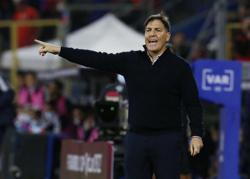 MONTEVIDEO (Reuters) - Gaston Pereiro scored in stoppage time to give Uruguay a 1-0 win over Ecuador in Thursday’s World Cup qualifier in Montevideo.

Uruguay had only one shot on target the whole game but Pereiro’s header in the 92nd minute was enough to lift the home side above Ecuador and into third place in the 10-team South American qualifying group.

Uruguay now have 15 points, two more than the visitors. Brazil started the day at the top of the table with 21 points, six ahead of Argentina. The both play later on Thursday.

The top four teams qualify automatically for Qatar 2022 and the fifth-placed side go into an inter-regional playoff.

In Asuncion, Paraguay beat Venezuela 2-1 at home to win for the first time in seven qualifying matches.

Hector Martinez put Paraguay ahead in the seventh minute with a stunning 25-meter strike and Alejandro Romero made 2-0 a minute into the second half.

Jhon Chancellor pulled a goal back for Venezuela in stoppage time.

Venezuela lost their last two games against Argentina and Peru and badly needed to get points on the board but they were no match for the Paraguayans and remain bottom of the South American qualifying group. 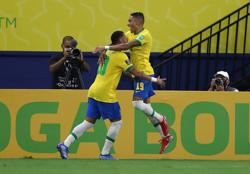 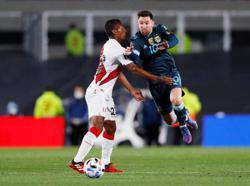