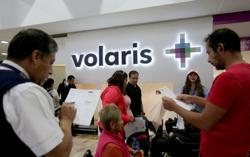 (Reuters) - Jesus Corona fired home an equalizer in the 76th minute as Mexico battled Panama to a 1-1 draw at the CONCACAF World Cup qualifiers on Wednesday.

Panama were the aggressors early and Roland Blackburn broke through when he pounced on a deflected shot and slotted it home in the 28th minute to give the home side the lead.

Mexico went into attack mode in the second half and Corona scored after he gathered a ball that rebounded off the post and hammered it past keeper Luis Mejia on a rainy night in Panama City.

With the draw, Mexico now lead the eight-team table with seven points from three games, two points ahead of Canada, who defeated El Salvador 3-0 earlier in the day.

Mexico also enjoy a two point advantage over Panama, who like Canada have five points after two draws and one victory.

Mexico next will pay a visit to Canada while Panama host El Salvador on Oct. 7. 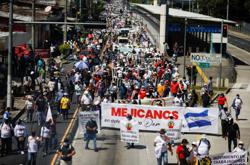