Melaka pay the price for carelessness in UiTM tie You shall not pass: UiTM’s Sean Giannelli (right) vying for the ball with Melaka’s Manuel Ott during the Super League match at the Hang Jebat Stadium. — Bernama

PETALING JAYA: Melaka squandered their best chance to move clear of the relegation zone by conceding a late equaliser against bottom team UiTM in their Super League match.

And obviously coach Zainal Abidin Hassan was left fuming and all he ventured to tell the press was that they were simply too careless towards the tailend of the match.

The Mousedeer took a 1-0 lead in the 45th minute through S. Kumaahran’s thunderbolt shot which came off the underside of the top bar and bounced across the goal-line to beat UiTM custodian Zamir Selamat at the Hang Jebat Stadium.

The lead was erased when UiTM’s centreback Victor Nirennold went up front to latch onto Dirga Surdi’s pass to slot the ball home to make it 1-1 in the 83rd minute.

“We didn’t get full points. I am disappointed. We were just careless towards the end and the chances we got, we didn’t finish them. It may prove costly for us,” said Zainal.

“Mind you we are still not safe (from relegation). We have to do our best in the next three games to stay in the league.

“UITM were disciplined and played well and we also made too many mistakes. There was no focus.”

UiTM’s interim coach Reduan Abdullah said it was a balanced affair and was happy that his boys showed great fighting spirit.

“Both sides needed a win. It was a keenly fought match. We should have scored in the first half. Changes in the second half helped us gain a point,” said Reduan.

“I hope they continue this momentum in the next four matches. We will go all out and see where it leads us.”

Melaka are ninth with 17 points while relegation candidates UiTM are 12th with only six points. 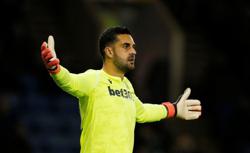