PETALING JAYA: It looks like the Terengganu strikers have forgot to bring their shooting boots after firing blanks in the last two games.

Against seventh placed Sabah, Terengganu missed the opportunity to collect full points after being held to a 0-0 draw at home.

Last week they fell to a stunning 2-0 loss against Melaka at the Hang Jebat Stadium. The second-placed Turtles are slowly slipping away from the title race as they are currently eight points behind Super League leaders Johor Darul Ta’zim with 31 points after recording nine wins in 16 matches.

Against the east Malaysians, it was the same story despite creating numerous chances.

In the 90th minute, they thought they had found the winner after David Da Silva curled in a free-kick past Sabah’s goalkeeper Rozaimie Rohim. However, the goal was not given after winger Rahmat Makasuf was ruled offside.

Coach Nafuzi Zain knows the attack needs to buck up if they want to stay in the title race.

“We had a good opportunity to win against Sabah but we missed way too many chances. Despite the players giving their best, the result does not favour us at the moment,” he said.

“I trusted the boys who started the match. They knew what I wanted in the game but it is the finishing touch that was not there. Plus, our tempo has to be better too.

“I think the tight schedule has had an impact on the players but we will soldier on and give our best in the remaining six matches.”

Meanwhile, his counterpart Kurniawan Dwi Yulianto was pleased with the one point as their winless run continues. In the last three matches they lost twice – Kedah (0-1), PJ City (0-1) and drew with Pahang (2-2).

“My boys worked hard for the point as we didn’t start some of our key players. Only Saddil (Ramdani) and Amri (Yahyah) came on after the breather.

“Yes, there are concerns that we have yet to win. We were hopeful of beating PJ City and Pahang but luck deserted us. But you also have to understand due to Covid-19 we didn’t play many friendlies during the break. We are only getting match fitness through these matches.”

Sabah are seventh with 18 points and are aiming to finish in the top five. 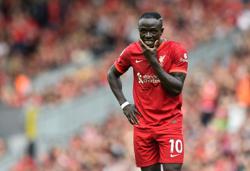 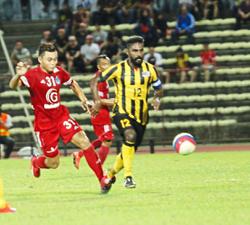