(Reuters) - Leeds United have signed versatile defender Junior Firpo on a four-year contract from Spanish side Barcelona for an undisclosed fee, the Premier League club said on Tuesday.

British media reported that Leeds had paid around 12.8 million pounds ($17.73 million) for the Dominican Republic-born 24-year-old, who has four caps for the Spanish Under-21 team having moved to the country at an early age.

Firpo, mainly a left back but who can switch to different positions across the back line, made his breakthrough at Real Betis before moving to Barca on a five-year contract in 2019.

He played 41 times for the Catalan side in the last two campaigns, helping them win the Copa Del Rey last season. Firpo, who is Leeds's third signing of the close season, will wear the number three shirt.

Leeds are looking to strengthen their options at left back after Ezgjan Alioski left the club on Monday at the end of his contract following a four-year spell.

The West Yorkshire club finished ninth in the Premier League last season. They begin the new season at Manchester United on Aug. 14. 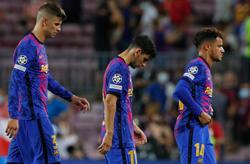 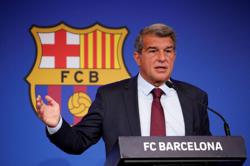