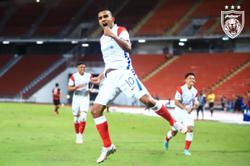 PETALING JAYA: Revenge will be on the minds of Johor Darul Ta’zim’s (JDT) players when they play the return fixture against South Korea’s Pohang Steelers in an AFC Champions League Group G match at the Rajamangala Stadium in Bangkok tomorrow.

In the first clash on Monday, the Southern Tigers were mauled 4-1 but they are still optimistic of bouncing back to keep alive their hopes of a top-two finish in the group to make the knockout stage of the competition.

Captain and goalkeeper Farizal Marlias certainly oozed confidence at the pre-match press conference by declaring the return match will obviously be different.

“Tomorrow is our opportunity to exact revenge. We led 1-0 in the first clash but they then got three penalties and that was costly for us,” said Farizal, who turned 35 two days ago.

“This time, it is a different story and a different chapter. We need to get maximum points to stay in the competition. Tomorrow will be revenge time for us.”

JDT coach Benjamin Mora also echoed the same sentiment and believed his men can get the desired result if they stay focused.

Wingback Azrif Nasrulhaq and centreback Mauricio Santos are out serving their suspensions. Azrif has been deputising for La’vere Corbin Ong, who didn’t play the last two games due to muscle tightness.

If Corbin is still not fit, veteran wingback S. Kunanlan could play in his position. As for Mauricio, it looks like Aidil Zafuan Abdul Radzak or Adam Nor Azlin will take over to play alongside Australian Shane Lowry.

JDT remain third in the standings with three points.

Aside from the loss to Pohang, JDT were beaten 1-0 by Japanese side Nagoya Grampus but beat Thai side Ratchaburi 1-0. 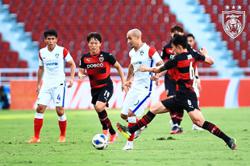