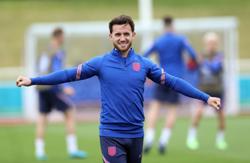 LONDON: England manager Gareth Southgate said Mason Mount and Ben Chilwell’s absence from Tuesday’s 1-0 win over the Czech Republic in Euro 2020 was “bizarre” after they had to self-isolate as close contacts of Scotland’s Billy Gilmour.

England said before Tuesday’s match that the entire squad and staff returned negative Covid-19 results but Mount and Chilwell would have to isolate until June 28 after coming into contact with Chelsea teammate Gilmour.

Mount and Chilwell were pictured embracing Gilmour at the end of last weekend’s goalless draw.

None of the Scotland players had to isolate after Gilmour’s positive test on Monday.

“Frankly I don’t understand it at all, ” Southgate told ITV. “There are teams travelling around by plane, coach, bus in enclosed spaces for hours.

“It’s full of contradictions for me but we have to get on with it.” — Reuters 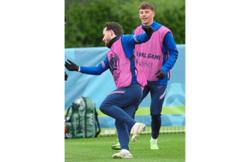 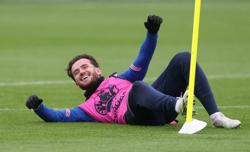