KUALA LUMPUR (Bernama): The Malaysian Football League (MFL) has decided to postpone the Premier League, originally scheduled to resume on July 3, to a date to be announced in the near future.

MFL chief executive officer Datuk Ab Ghani Hassan said the decision was made following a recommendation from the Youth and Sports Ministry as the number of Covid-19 daily cases was still at a worrying level.

The decision will also involve the earlier postponed match between Perak FC II and Kelantan FC that was supposed to be held on June 29, and also the match between Selangor FC 2 and Sarawak United the next day.

"This is because the National Youth and Sports Department and the secretariat for standard operating procedures (SOP) of the sports and recreation sector have given their views to the MFL to temporarily postpone the premier league during the movement control order (MCO 3.0).

"However, the centralised training programme according to the sports bubble model in the form of 'camp-based training' including indoor training matches is allowed in accordance with the SOP issued by the NSC (National Security Council)," he said in a statement Thursday (June 24).

Ab Ghani said this decision and the other latest developments on the Malaysia League 2021 had been communicated to all teams in an online briefing session with the chief executive officers of the Super League and Premier League clubs, which he chaired today.

Meanwhile, he also confirmed that there are no changes so far to the 2021 Super League schedule, which is slated to resume on July 24.

"However, the status of the Malaysia League is subject to the latest directives from the government,” he said. - Bernama 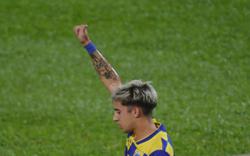 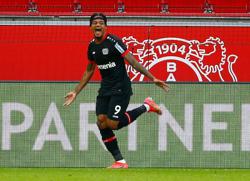