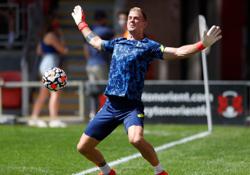 Gilmour played a big role in their goalless draw with England last weekend in his first start for the national team.

The 20-year-old will now self-isolate for 10 days as per the health protocols, the Scottish FA added.

"The Scottish FA can confirm that a member of the Scotland National Team playing squad, Billy Gilmour, has tested positive for COVID-19," a statement https://www.scottishfa.co.uk/news/scotland-squad-update-monday-21-june/?rid=13925 said on Monday.

Half a dozen other teams in the tournament have also suffered coronavirus cases.

Scotland, playing in their first major tournament since the 1998 World Cup, are bottom of Group D with one point.

They need to beat 2018 World Cup finalists Croatia at Hampden Park to have a chance of reaching the knockout stages.

(Reporting by Manasi Pathak in Bengaluru;Editing by Andrew Cawthorne) 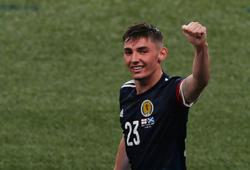