AMSTERDAM (Reuters) - Speedy Netherlands striker Donyell Malen and teenage midfielder Ryan Gravenberch have both been given their first starts at the European Championship after being included in Netherlands’ line-against North Macedonia in their Group C match on Monday.

Coach Frank de Boer resisted the temptation to make more changes considering the Dutch have already qualified for the next stage, while North Macedonia have also made two changes as they seek to exit the competition with a surprise win.

Ivan Trickovski and Aleksandar Trajkovski are picked to ensure a three-pronged attack alongside the 37-year old captain Goran Pandev, who is playing his last game for his country after announcing his retirement from international football at the weekend. (nL5N2O20FM)

Pandev has scored 38 goals in 121 appearances for North Macedonia since making his debut in 2001.

For the Netherlands, Malen made an immediate impact coming on as a second half replacement for the Netherlands in their last match against Austria as he set up the second goal, for Denzel Dumfries, in the 2-0 win.

The 22-year-old now gets a chance to forge a combination with Memphis Depay in attack with Wout Weghorst dropped.

The 19-year-old Gravenberch, another off the Ajax Amsterdam production line, replaces midfielder Marten de Roon, who has two cautions and is being protected from a possible third, which would see him suspended for the last 16.

As group winners, the Dutch have already booked a last 16 game in Budapest next Sunday against one of the best third placed finishers.

Euro rookies North Macedonia were eliminated after losing their opening two games to Austria and Ukraine. 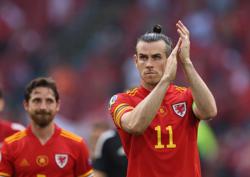