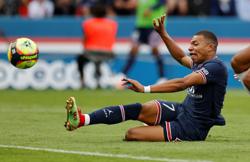 SEVILLE: Barcelona announced the signing of Memphis Depay, with the striker to join when his contract with Lyon expires at the end of this month.

Barcelona have agreed a two-year deal with Depay, who becomes the club’s third signing on a free transfer this summer after moves for Sergio Aguero and Eric Garcia had already been confirmed.

They have also paid €9mil (RM44mil) to activate a clause to recall rightback Emerson from Real Betis.

Depay has long been a key target for Barcelona coach Ronald Koeman, who worked with the player when he was in charge of the Dutch national team. Koeman was in the crowd in Amsterdam on Thursday to see Depay score an early penalty for Holland in their 2-0 victory over Austria at Euro 2020.

The 27-year-old was reportedly close to sealing a €25mil (RM123mil) move to Barcelona last year while a reduced fee was also mooted in January, but the club decided to wait for his contract to expire.

“Barcelona and Memphis Depay have reached an agreement to join the Club, once his contract with Lyon has ended. The player will sign a contract until the end of the 2022-2023 season,” the club’s statement read.

Depay scored 20 goals in 38 games for Lyon last season and has five in his last four matches for Holland.

He will likely compete with Sergio Aguero for the central striker position as Koeman looks for more of a physical presence up front.

Barcelona’s financial problems mean the club are expected to sell a number of fringe players this summer. — AFP 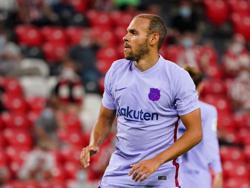