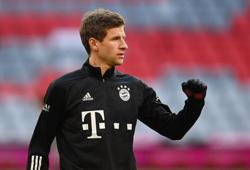 MUNICH, Germany (Reuters) - Germany's confident approach to their 4-2 win over Portugal on Saturday in their second Euro 2020 match was part of a plan to press from the opening whistle while taking every opportunity to attack, coach Joachim Loew said.

Three-times European champions Germany shrugged off their opening-game loss to France and announced their arrival as serious contenders at Euro 2020 with the victory over highly-rated Portugal in their Group F match.

"We never had any doubts after losing to the world champions," Loew told reporters. "We knew we could do better.

"The task was to present ourselves in a different way, especially in attack. From the beginning we wanted to show the Portuguese players we want to win and we do not want to lose."

The victory moves Germany, who face Hungary in their final game, into second place in the group on three points, a point behind leaders France and level on points with the Portuguese. Hungary drew 1-1 with France earlier on Saturday.

Loew also praised forward Thomas Mueller for making sacrifices for the team by defending all over the pitch and making runs that opened up space and chances for others.

"Thomas did a lot of runs and didn't create so many opportunities or the chance to be clinical but he opened up spaces and defended well," Loew said.

"He worked well for the team. His position was to start pressing situations and stop the attacks."

Portugal grabbed an early lead against the run of play before Germany stormed back thanks to two own goals in the first half and second-half strikes from Kai Havertz and Robin Gosens.

Loew expected a tough game against a Hungary side likely to sit back and defend but he looks to have all his players at his disposal after slight niggles he described as muscle problems forced three substitutions -- including Mats Hummels, Gosens and Ilkay Gundogan-- as a precaution.

"That is why we had to undertake those three substitutions," he said. "But I don't think it is anything dramatic with Mats Hummels and I think we will make it happen to have him play next week."

(Reporting by Michael Kahn in Prague, Editing by Ken Ferris) 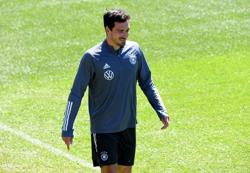