LONDON: Gareth Southgate won over an English public who were sceptical about his ability to lead the Three Lions with a run to the World Cup semi-finals three years ago and is already silencing his critics at Euro 2020.

For the first time at a European Championship, England are off to a winning start as Southgate’s bold selection paid off in a 1-0 win against Croatia on Sunday.

Next up is a fixture against Scotland today, with the chance to book their place in the last-16 with a game to spare.

Southgate’s team selection for the opener caused a social media storm before kickoff as Raheem Sterling retained his place ahead of Aston Villa captain Jack Grealish despite a poor end to his season at Manchester City.

Kalvin Phillips’ inclusion alongside Declan Rice in midfield and the decision to start Kieran Trippier at leftback also raised eyebrows.

But those calls proved inspired as Phillips set up Sterling for the only goal, while Trippier helped keep a clean sheet.

“I don’t think there would be one person in the 65 million English population who would pick that team today,” said former Manchester United captain Gary Neville, who played with Southgate at Euro 1996.

“I thought he managed that game unbelievably today. I think Southgate is our greatest asset.

“The clamour was to go with Grealish but he didn’t even bring him off the bench.

“He’s had seven or eight tournaments as a coach, Under-21 and as a player, I feel very comfortable with him as a manager.”

Southgate’s lack of a stellar coaching CV at club level has counted against him in the eyes of his doubters.

His three years in charge at Middlesbrough ended in relegation from the English Premier League in 2009.

But he rebuilt his reputation in three years as England’s Under-21 manager between 2013 and 2016, fostering relationships with a number of his now-senior internationals such as Sterling, Harry Kane, Marcus Rashford, John Stones and Jordan Pickford.

That personal touch is a major strength of the 50-year-old as an international manager.

He has consistently spoken out on behalf of his players on issues of racism and social media abuse, most recently resolutely defending his side’s decision to keep taking the knee ahead of matches at the Euro despite boos from some fans and pressure from leading politicians to abandon the gesture.

“He’s great to talk to. He’s always putting his arm around the players, which is important,” said Phil Foden, who at 21 is playing his first major tournament. — AFP 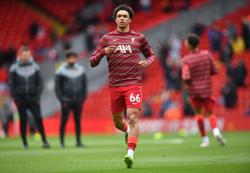 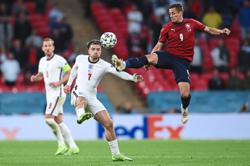