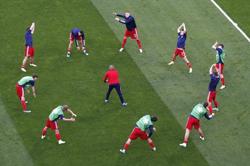 ST PETERSBURG (Reuters) - Russia have confirmed that Mario Fernandes did not suffer a spinal injury after his heavy fall in Wednesday's 1-0 win over Finland in their European Championship Group B match in St Petersburg.

Full back Fernandes had a rough fall in the first half after an aerial duel which saw him fall on his back and neck. The 30-year-old was taken off the pitch on a stretcher and taken to the hospital for scans.

"Fernandes was suspected of having a thoracic spine injury," the Russian team said in a statement.

"According to the scan results, Fernandes does not have a spinal injury. He is flying with the team to Moscow and will be under the supervision of the doctors of the Russian national team."

Russia, who lost 3-0 to Belgium in their group opener, play Denmark in their final group game in Copenhagen on Monday.

(Reporting by Rohith Nair in Bengaluru; Editing by Andrew Cawthorne) 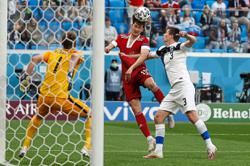 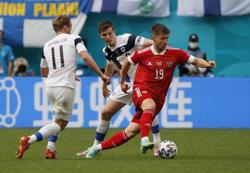