PETALING JAYA: Malaysia’s hopes of making the third round football qualifiers for the World Cup 2022 is over.

They can, however, can take heart in getting through to the third round of the Asian Cup 2023 qualifiers by finishing behind UAE and Vietnam in Group G of their campaign in Dubai.

Malaysia edged Thailand 1-0 at the Al-Maktoum Stadium in Dubai on Tuesday to end up third in the group with 12 points and together with Thailand automatically made it to the third round of the Asian Cup qualifiers.

For coach Tan Cheng Hoe, the last game against Thailand was one of the toughest as the national team were under pressure to register a win following their 4-0 loss to United Arab Emirates (UAE) and Vietnam (2-1) in their earlier ties in Dubai.

“It was a meaningful victory. It was tough for the squad, but the win was a relief because we didn’t get the results we want against UAE and Vietnam. We hope to take the momentum from the win over Thailand to the third round Asian Cup qualifiers, ” said Cheng Hoe.

“I am sure the whole team benefited from this campaign in Dubai. They learned more about the speed, transition, tactical and technical aspects of the game is different.

“We have to be sound in every aspect to compete at a high level. We have to absorb and overcome these challenges. Eighteen months lapse without any international football is not easy, but in future, I believe our players would be more focused and confident and playing at this level.”

Safawi Rasid’s (pic) well-taken penalty in the second half gave Malaysia the deserved victory over the Thais.

Cheng Hoe intends to prepare for next year’s third round of the Asian Cup qualifiers with friendly matches in September and October.

“We will discuss with the FA of Malaysia’s (FAM) president Datuk Hamidin Mohd Amin and manager Datuk Yusoff Mahadi our next plan.”

This will definitely bring up the questions of the coach’s future.

“I will accept whatever decision made by the management. For me, right now, the target is the Asian Cup qualification. That’s our main aim, ” said Cheng Hoe.

“I believe Malaysia did very well in the two qualifiers but we have to work harder to ensure that we are ready for the future. We have to be ready to compete against the top teams in Asia.” 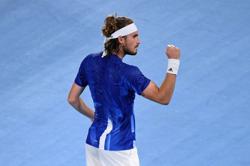