AMSTERDAM (Reuters) - Netherlands striker Memphis Depay wants to play under Ronald Koeman at Barcelona but told reporters to wait until after the European Championship to find out more.

Depay is out of contract after four-and-a-half seasons at Olympique Lyonnais and the 27-year-old striker's next move is the subject of much speculation.

"As I've said before, the transfer will become clear on its own," he told a news conference on Wednesday before the Netherlands' Euro 2020 Group C clash against Austria where the first question was not about the game in Amsterdam but whether he was Barcelona-bound.

"It remains to be seen, I want to leave it at that. Everyone knows that I have been linked to Barcelona for a long time and that I want to play under Ronald Koeman.

"But let's wait and see and then the news will come out."

"I was negotiating with Barcelona for four weeks, and we never reached a final decision. PSG were much clearer," he told another news conference last week. 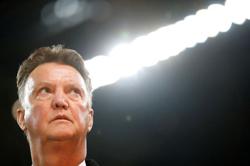