Winger Safawi Rasid, who came on as a substitute replacing Arif Aiman at the start of the second half, scored the winner when he managed to squeeze his penalty past Thai goalkeeper Chatchai Budprom in the 52nd minute.

The United Arab Emirates finished top of the group with 18 points, while Vietnam finished second with 17 points. Both these teams have qualified for the Asian Cup and will proceed to the third round World Cup qualifiers.

Malaysia, with 12 points and Thailand, who finished fourth with 9 points, will play in the third round Asian Cup qualifiers, as 12 more spots are left for the tournament, which will be held in China. 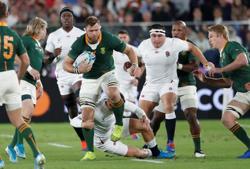