Tyrone Mings was picked to partner John Stones in the centre of the English defence in the absence of the injured Harry Maguire.

Raheem Sterling, whose selection was uncertain after a disappointing run of form for Manchester City, started in attack alongside captain Harry Kane.

For Croatia, winger Ante Rebic starts as a 'false nine' at the expense of striker Bruno Petkovic in a 4-1-4-1 formation, with Andrej Kramaric and Ivan Perisic on either flank.

Captain Luka Modric and Mateo Kovacic are deployed in the middle with Marcelo Brozovic in a holding position.

At the back, Josko Gvardiol, who made his debut in last Sunday's 1-0 friendly defeat at Belgium, gets the nod in the left-back slot ahead of Glasgow Rangers' Borna Barisic.

Duje Caleta-Car partners Domagoj Vida in the centre of defence as Dejan Lovren has still not recovered from a knee ligament injury he picked up in the build-up to the tournament.

(Reporting by Simon Jennings in Bengaluru; editing by Clare Fallon) 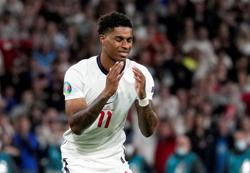 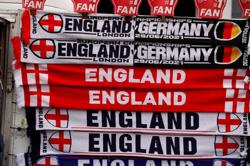