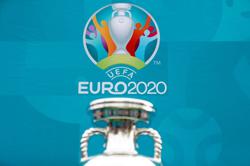 LONDON: Almost half of British football fans have joined peers across Europe in placing wagers on France to lift the Euro 2020 trophy, Entain said, as the sports betting firm gears up for over three million bets on the delayed tournament.

Italy’s match today with Turkey will kick off Euro 2020, which was postponed last year due to the Covid-19 pandemic.

The last edition in 2016 saw Portugal beat France in the final.

Entain, the owner of Ladbrokes, bwin, Coral and Eurobet, said some 28% of customers across its platforms had bet on France to clinch the title – the most for any country – followed by England and Belgium.

It did not provide a more specific estimate of what proportion of British customers had bet on Les Bleus.

“Most betting will be after the tournament starts, and we expect to see roughly twice as many fans placing bets on the Euros as in the last World Cup” in 2018, Entain Chief Executive Officer Jette Nygaard-Andersen said in a statement.

Euro 2020 has garnered bets from 1.5 million fans since the start of the year, with more than half of those stakes placed by British customers, the company said.

London-listed Entain PLC said its platforms were well prepared to handle the high amount of traffic expected for the championship, which marks the 60th anniversary of the flagship tournament of European football body UEFA.

Entain is also introducing fantasy football and other offers to woo bettors.

The company seeking to capitalise on a surge in online betting amid virus lockdown measures by buying companies in regulated betting markets, recently closed the acquisitions of European operators Bet.pt and Enlabs AB.

It also said British customers have wagered the most on England captain Harry Kane followed by Belgian striker Romelu Lukaku as choices for scoring the most goals. — Reuters 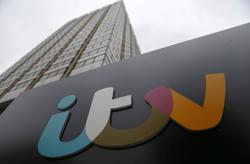