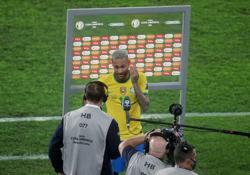 (Reuters) - Sports events have been cancelled or disrupted by a myriad of complications over the years, including war, plague, economic uncertainty and political boycotts, but the series of events that have beset this year's Copa America takes some beating.

The oldest international tournament in world football, the Copa America is South America's equivalent of the European Championship and is a big deal for Latin players such as Lionel Messi, Luis Suarez and Neymar.

The tournament's difficulties began with the COVID-19 pandemic and the 2020 version was postponed to 2021.

The year's delay forced guest participants Australia and Qatar to pull out due to scheduling conflicts.

That left two groups of five teams instead of six.

However, rather than alter the format, the South American Football Confederation (CONMEBOL) insisted that the top four teams in each group qualify for the quarter-finals, meaning only two of the 10 teams are eliminated after the first round.

CONMEBOL has made a show of copying the European model of organisation in recent years and the latest Copa was to be the first with a co-hosting model, featuring Colombia and Argentina, at opposite ends of the continent.

This May, less than a month before kick off, Colombia was removed as a co-host after civil unrest in the country and soon after Argentina pulled out when COVID-19 cases surged.

Enter Brazil to save the day.

Brazil's right wing President Jair Bolsonaro agreed to host the tournament with less than two weeks notice in spite of the country's own terrible coronavirus record.

Almost half a million people have died in Brazil, more than any country outside the United States, and thousands are still dying each week.

The decision, arranged by Rogerio Caboclo, the president of the Brazilian Football Confederation (CBF), appeared to upset the Brazilian players and they promised to take a stance.

Local media reported that the players could refuse to play in the tournament.

Instead, yet another reverse appeared to appease them. Caboclo was suspended pending an ethics investigation and two days later the players made their position public.

"For different reasons, be they humanitarian or professional, we are not satisfied with the way the Copa America has been handled by CONMEBOL," they wrote on social media.

Stressing they did not want to take a political stance, the players made no mention of Caboclo, the CBF, or Bolsonaro, much less the pandemic.

"I confess that I was naive in thinking that the players might really take a historic position in empathy with our people," wrote former Brazil striker Walter Casagrande.

"It was a demonstration of cowardice in the face of all that is happening in the country."

At least one major sponsor has pulled out and, while the country's Supreme Court is due to hear arguments that the tournament should be cancelled, it is expected to go ahead on Sunday, when Brazil take on Venezuela.

It just won't look anything like what it was supposed to. 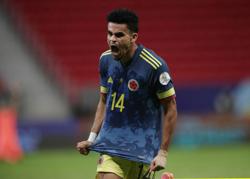 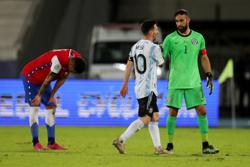