Hard at work: Safawi Rasid (centre) warming up with the national team during a training session in Dubai. — FAM

PETALING JAYA: National striker Safawi Rasid may be one of the stars in the team but he knows that he can’t just walk into the first 11 for the 2022 World Cup-2023 Asian Cup second-round qualifiers in the United Arab Emirates (UAE).

He has to prove his worth, more so after coming back from a knee injury.

And the 24-year-old Johor Darul Ta’zim (JDT) player is ready to let his feet do the talking if he gets to play against Kuwait in a closed friendly match today.

Malaysia will then play another friendly against Bahrain on May 28 before they get ready for the opening pre-World Cup qualifying match against the UAE on June 3.

Safawi, who suffered a left knee injury during a Super League match in March and was out for three weeks, is hoping to impress coach Tan Cheong Hoe.

“I have recovered fully from my injury. It is my hope, now that I am here with the national squad in Dubai, that I will get a place in the first 11, ” said Safawi.

“It’s not easy to recover from a knee injury but I know that Malaysia have an important campaign coming up and I do not want to be left out.

“I hope to help the team win and go through to the next stage of the World Cup qualifiers.

“I hope to get picked for the two friendly matches as it is important for everyone to settle in fast, ” said Safawi, who is impressed by the overall strength of the national senior team this time.

Made up of three naturalised and six heritage players, Harimau Malaya do look solid this time.

Naturalised players Liridon Krasniqi, Guilherme de Paula and Junior Eldstal along with Belgian-based teenager Luqman Hakim Shamsudin are the interesting recruits to the national team side as they look to move on from the nightmare encounter back in 2015.

Then, Malaysia suffered their biggest defeat in an international match after they were hammered 10-0 by UAE also in a pre-World Cup-Asian Cup qualifying match in Abu Dhabi.

Coach Dollah Salleh had to leave the national team after that.

“I think this is the best team we have assembled so far.

“I hope the new players can contribute effectively so that we can help Malaysia achieve the target, ” said Safawi.

“We have two friendly matches to plan our tactical play. I will leave it to the coach to decide where I am going to play, ” added Safawi, who is able to play as a striker or winger.

After facing the hosts, Malaysia will then play Vietnam on June 11 and Thailand on June 15 as they seek an automatic slot in the 2023 Asian Cup Finals and thus qualify for the third round of the 2022 World Cup qualifiers. 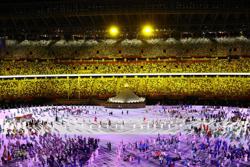