Aidil can mix it up with Shahrul’s replacement for qualifier

Aidil and Shahrul have formed a solid partnership in all five previous matches in the qualifiers but the former Perak player, who is carrying a knee injury, will miss the action. However, Shahrul, will follow the team for their centralised training in Dubai on May 20.

The 33-year-old Aidil feels players like Adam Nor Azlin, Junior Eldstal and Dominic Tan can make a difference when Harimau Malaya resume their campaign in Group G in Dubai next month.

They face the United Arab Emirates at Zabeel Stadium on June 3 and then play Vietnam (June 11) and Thailand (June 15) at the Al Maktoum Stadium.

Malaysia are second in the group with nine points, while Vietnam lead the standings with 11.

“Shahrul is a committed player and always give his best for the badge, ” said Aidil, who plays for Johor Darul Ta’zim (JDT).

“I have played with Adam, Junior and Dominic before and have no issues partnering them. They just need to understand coach Tan Cheng Hoe’s tactics.”

The 25-year-old Adam, who is Aidil’s teammate in JDT, is known for his reading of the game and interceptions while 30-year-old Junior is valued for his strength and leadership on the pitch.

Dominic, 23, is also physically strong while another player Irfan Zakaria is one of the best ball-playing centrebacks in the country.

Aidil says he is ready to be the main man to lead Malaysia in the qualifiers again.

“It’s a challenge but I do not see it as a burden to lead the guys to do their best, ” he added. 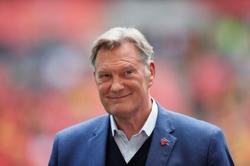 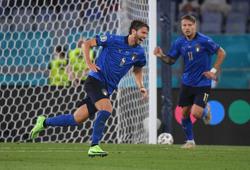