PETALING JAYA: To save themselves from the drop, Melaka are set to make some changes to the team. And that could be a worrying sign for coach Zainal Abidin Hassan.

The club’s chief executive officer Datuk Mohd Saiful Mat Sapri revealed that two of their foreign strikers - Alex Goncalves (Brazil) and Stefan Nikolic (Montenegro) - will be released, and they will be signing two Brazilians to replace them.

It is rumoured that one of them is Giovane Gomes, who played for Brazilian Serie D club SER Caxias do Sul. In the ongoing Brazilian season, Giovane has scored 10 goals for the club.

Saiful also said they are looking to bring at least three new local players, with one of them rumoured to be Gary Steven Robbat, who could be loaned from Johor Darul Ta’zim.

When asked about coach Zainal’s status, Saiful revealed that it would be discussed in an executive committee meeting soon.

“We’ll announce his (Zainal) future soon. It will be discussed. As for the players, we will make reinforcements, that’s for sure. It’s needed because our form hasn’t been good, ” said Saiful, when contacted.

“The two new players are under quarantine. As for Alex and Stefan, I’ll be speaking to them on Monday regarding their release. There could be three new local players. We’ll announce the names soon after our meeting.

“After FAM (Football Association of Malaysia) deducted three points from us, we have not looked good. Our strike force was blunt, and that’s why we are making changes to the attack.”

Melaka are 11th in the Super League with 11 points and were deducted three points earlier during the season due to players’ salary arrears.

Out of the 13 games they played, the Mousedeer have won just three, drawn five and lost five.

The team’s top scorer is Nikolic, who scored four in seven games, but his performances have been deemed substandard by the management.

Alex scored three goals in 10 matches and was struggling with fitness issues throughout the season. 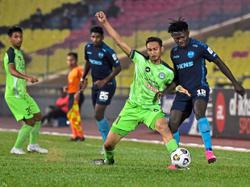 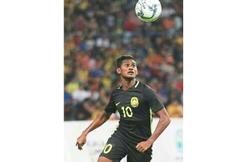