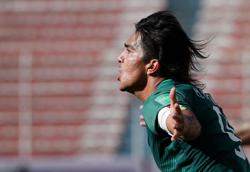 (Reuters) - Uruguay has been chosen to host the finals of South America’s two premier club competitions this year because of its advanced COVID-19 vaccination program, the South American Football Confederation (CONMEBOL) said on Thursday.

The Copa Libertadores, the continent’s equivalent of the Champions League, will be held at Montevideo's Centenario stadium on Nov. 20, while the Copa Sudamericana, much like the Europa League, will take place there on Nov. 6.

“The good health situation that Uruguay has predicted for November, a nation planning to vaccinate a high percentage of its population by July, was the determining factor in a year made exceptional by the pandemic,” CONMEBOL said in a statement.

The decision comes just days after the Uruguayan government helped CONMEBOL secure 50,000 doses of the vaccine to give to players and officials expected to participate in next month's Copa America.

South America has been particularly badly hit by the COVID-19 pandemic, with Brazil recording more deaths than any other nation outside the United States. Vaccination rates are low in most places and periodic surges have been devastating to countries with poor health systems.

The choice of the Centenario is also designed to give the site more visibility ahead of the joint bid by Southern Cone nations to host the 2030 World Cup finals. Its 60,235 capacity would make it possible for at least some fans to attend the two matches.

Guayaquil in Ecuador will host the Libertadores final in 2022, while that year’s Copa Sudamericana final will take place in Brasilia, CONMEBOL also said. 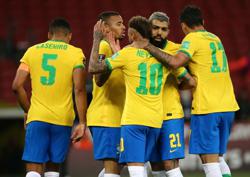 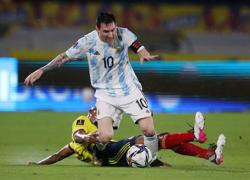