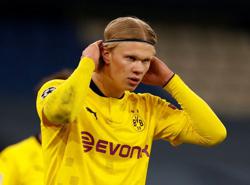 It was Dortmund's fifth German Cup triumph and their first since 2017 while Leipzig missed out again on winning their first silverware after losing their second Cup final in the last three years.

The winger, who is likely to leave at the end of the season, added another on the stroke of halftime when he completed a quick break after good early work from Marco Reus

Haaland, who was ruled fit after missing their last two matches due to injury, powered into the box, shook off defender Dayot Upamecano and flicked a clever shot past keeper Peter Gulacsi.

Dortmund were brutally efficient in the first half, scoring with each of their three shots on target.

"The way we played today and the past weeks we have battled our way back into the season," Dortmund captain Marco Reus said. His team have won their last five league games to move back into the top four with two games remaining.

"Today we were very good in the first half. In the second half we had a bit of luck but we have the trophy now and that's what matters."

Leipzig launched a late attempt at a comeback, pulling a goal back with a thundering drive from Dani Olmo in the 71st minute, hitting the post and going close several times.

Sancho wasted a golden chance to complete his hat-trick with only the keeper to beat before Norway international Haaland, also a major transfer target, rifled in his second goal.

"I'll look back at this and I am going to be very disappointed for not scoring a hat-trick," Sancho said. "We knew it was going tough but it was a long time coming. We should be winning trophies season after season."

Leipzig, beaten 3-2 by Dortmund in the league on Saturday, have lost in the final twice in the last three years and their coach Julian Nagelsmann is departing for Bayern Munich next season.

"Obviously, the feelings are not good a the moment when you lose a final," Nagelsmann said. "But I am proud of the team even if the result was 4-1. We played a very good second half." 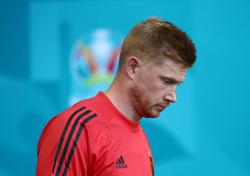 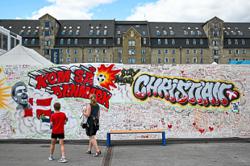