(Reuters) - Former Ireland striker Simon Cox has cut short his stint with Western Sydney Wanderers to reunite with his family in Britain, the A-League team said on Wednesday.

Cox, capped 30 times for Ireland, missed the birth of his daughter Ella-Rae in February and had hoped his family could join him in Australia as the Wanderers push towards the playoffs.

Instead, the 34-year-old will head home this week after 27 appearances and five goals with the Wanderers during his 16-month stay.

"I had to make a really tough decision about staying here while my partner had a child back in the United Kingdom, which was, to be honest, the hardest decision my life," Cox said in a Wanderers statement.

"I thought we would be able to get through to the end of the season and possibly Finals but that is now not possible. The last few weeks have been really tough.

“I sat down with the manager and we came to the decision that it’s now time for me to say goodbye."

The Wanderers are sixth on the table with five rounds to complete before the playoffs.

Wanderers' Welsh coach Carl Robinson said he could understand what Cox had been dealing with.

"Having my own family currently spread across the world, I understand and relate to what Simon has been going through over the last couple of months," said Robinson.

"I would like to thank Simon for his professionalism and sacrifice made to the club over the last four months and wish him and his family all the best in whatever the future holds." 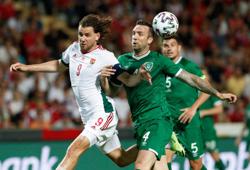