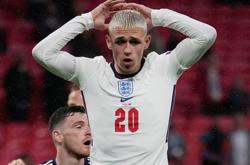 MANCHESTER, England (Reuters) - The protests from fans have grabbed the headlines but if Manchester United want to really challenge their neighbours Manchester City for the title in the coming seasons, they will need to get their focus quickly back on to the field.

On Tuesday, City secured their third title in four years under coach Pep Guardiola after second-placed United fell to a 2-1 defeat at home by Leicester City.

United manager Ole Gunnar Solskjaer was quick to demand new recruits to assist him in what he concedes is a tough challenge in catching up City.

"We want to push them, we want to go one step further. I don't think it's a shame when you look at their team, you don't have to be embarrassed," he said.

"If (we) want to take up the challenge with them we need to strengthen our squad," he added.

To reduce the distraction and disruption of protests, American owner Joel Glazer will need to follow through on his commitment to having a dialogue with supporters -- or at least those fans who genuinely want such a process.

But he is also aware that for United's global brand, of which their commercial department are so proud, to be restored, it is stars on the field bringing trophies that really matters.

"Our top priority is, and will always be, competing for the most important trophies, playing entertaining football with a team comprised of top-quality recruits and some of the world’s best homegrown talent. Under Ole, we feel we are absolutely on the right track," he said in a letter to fans last week.

The homegrown talent is coming through -- 19-year-old striker Mason Greenwood showed again with his superbly taken goal against Leicester that he is one of the most exciting talents in the game and there is plenty of other promising quality in the pipeline.

The quality gap with City was evident in recent days with Guardiola playing a second-string side against Chelsea on Saturday that still cost 499 million pounds ($705.14 million) in transfer fees. United's back-up starting eleven against Leicester cost 210 million pounds.

The club have received criticism for their approach to the transfer market after letting potential deals for players such as prolific Norwegian forward Erling Haaland and exciting English midfielder Jude Bellingham slip through their hands.

"People have to understand we send lawyers to talk with the player. They talk about numbers, not people from the football world," former full back Patrice Evra said last year.

"We've got the money, but we've not got the players because we send the wrong people to speak with them."

United have, however, since sought to improve the process by moving John Murtough into the role of football director and making former player Darren Fletcher their technical director.

The expectation is that Fletcher's past, as a Premier League and Champions League winner in Alex Ferguson's United team, will be crucial to help address the issue Evra highlighted and convince the very best players to sign up to his old team mate Solskjaer's project.

United's structure also includes Matt Judge, who is Director of Football Negotiations, while Murtough's role is, according to a club statement, to "work day-to-day with Ole to align recruitment and other strategies".

If that all sounds a little complex -- certainly compared to other clubs such as City -- the situation could be further muddied by executive vice-chairman Ed Woodward's impending departure from the club.

There is a lot on the line. Fan discontent will likely dissipate if United can bring in some big talents to boost their side and the commercial impact of ambitious signings is well established.

Solskjaer has created some forward momentum at the club but whether that leads to a team that can challenge in the Premier League and Champions League will largely be determined by how well United recruit this summer.

A long-term centre forward and a top quality partner for Harry Maguire in the centre of defence appear priorities and there are upgrades that could be made in midfield.

With City showing no signs of easing up, Champions League finalists Chelsea on the rise under German coach Thomas Tuchel and Liverpool expected to bounce back from this season's disappointments, United cannot afford to stand still.