PETALING JAYA: D. Kenny Pallraj admits he has made one of the hardest decisions by leaving an embattled Perak.

The hardworking midfielder will be playing for Kuala Lumpur when the Super League resumes after a two-month break.

Kenny, who always saw himself as a one-man club, said he was forced to leave as the management did not give him any guarantee on settling his salary arrears.

He was one of the four players who have left Perak over unpaid salary issues. The others are his best mate and captain Shahrul Saad, Guilherme de Paula and J. Partiban and a few more are expected to follow suit.

Kenny said he had an offer he could not refuse from Kuala Lumpur and has promised to repay their faith.

“It is good that I have finally sorted out my future, but it is the hardest decision I’ve ever made, ” said Kenny, who was approached by City Boys coach Bojan Hodak and chief executive officer Stanley Bernard Samuel.

“KL came with a plan and made me feel that I am an important part of their project and guaranteed a platform for me to improve under their leadership.

“They have good plans like building a training centre but leaving my boyhood club is going to be painful.

“Since joining Perak from Harimau Muda in 2016, I had always envisioned that I would stay here until the end of my career. I have known my teammates in Perak like Nazirul (Naim), Hafizul (Hakim) and An (Amirul Azhan Aznan) since I was 10 years old.

“They are my family, and I am close to their family members too.”

He will be joined by Partiban in Kuala Lumpur.

“Coach (Hodak) wants to make me a better player and believes that I have what it takes to enhance the team’s game.

“That assurance was enough for me, ” said Partiban.

“But leaving Perak is not easy. When I left Terengganu in 2019 to join Perak, I planned to be with them for a long time and give my all. But the unpaid arrears is an issue. 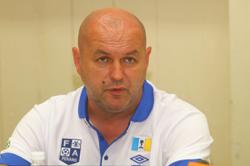 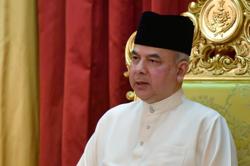