Man of the match: Safiq Rahim provided the assist for Safawi Rasid to score JDT’s first goal against Penang.

That adage best describes Johor Darul Ta’zim talismanic midfielder Safiq Rahim, who produced a virtuoso performance in helping the league leaders beat Penang 3-0 in the Super League at the City Stadium in Georgetown on Saturday.

Safiq has been used as a bit-part player since joining the team earlier this year, but he was a class apart from the rest as he dictated the tempo for JDT and even came up with an assist for the first goal by Safawi Rasid in the 15th minute.

The other two goals were scored by striker Bergson da Silva in the 43rd minute and mercurial winger Mohamadou Sumareh in the 51st minute.

“I will always say this... Safiq is a Malaysian football legend.

“He knows the game well and he knows when and how to dictate the proceedings. For me, his performance was superb against Penang, ” said Mora.

“Yes, he has not played for a while, but in the 80 minutes he played, he was excellent. I can see that every player in this team are ready to give their all even if they are not given regular minutes.

“For me, this is one of the best away victory this season. Penang are a difficult side to beat and are more harder to beat at their own den but we did it. When Safawi got the breakthrough, we knew we could do something special.”

Another player who impressed was Bergson, who now has 11 goals in the Super League and whose loan deal from Brazilian club Fortaleza will end in June.

Mora said he would love to see him with the team beyond June but it is up to the management to make it happen.

“He is scoring goals in every game. As a coach, I want to have the best players but his future here is not in my hands. He is definitely a good asset to the club.”

Meanwhile, it was a dark day for Penang as they did not only endure their first defeat at home this season but saw striker Casagrande and coach Tomas Trucha sent off in the final minutes of the thrilling match.

“We wanted three points and to maintain our unbeaten record at home but we have to admit that JDT are in a different class, ” said the team’s assistant coach Manzoor Azwira, who promised that they would bounce back.

JDT remained at the top of the league with 30 points while Penang stayed fourth with 22 points. 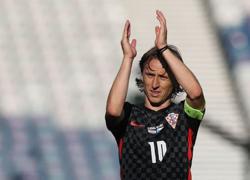 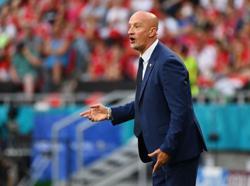