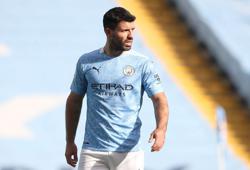 (Reuters) - Manchester City striker Sergio Aguero apologised for his failed attempt at a chipped penalty in Saturday's 2-1 Premier League defeat to Chelsea, saying it was a "bad decision".

City were 1-0 up when they were handed a chance to extend their lead at the break after a penalty was awarded following Billy Gilmour's challenge on Gabriel Jesus in the box.

Aguero attempted a "Panenka" penalty designed to fool the goalkeeper with a chip straight down the middle, but Chelsea keeper Edouard Mendy did not commit to his dive and was able to simply stand up and catch the gentle shot.

City would have been crowned league champions with a win but Chelsea scored twice after the break.

"I would like to apologise to my teammates, staff and supporters for missing the penalty," City's all-time top scorer Aguero tweeted https://twitter.com/aguerosergiokun/status/1391121393610371073 after the game.

"It was a bad decision and I take full responsibility."

City boss Pep Guardiola refused to criticise Aguero for his fluffed attempt and said it was wrong to argue the penalty had turned the game.

The Etihad club, who have a 13-point lead at the top of the table, could still secure the title this weekend if second-placed Manchester United lose at Aston Villa later on Sunday.

(Reporting by Manasi Pathak in Bengaluru; Editing by Raju Gopalakrishnan) 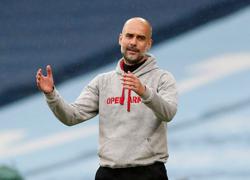