Soccer-Benfica denies they are in Super League negotiations

LISBON (Reuters) - Portuguese side Benfica have categorically denied they are in discussions to join the new Super League.

Reports in Portuguese sports daily Record on Tuesday said that the club were negotiating their participation in the new planned competition, spearheaded by 12 founder clubs including six from England, announced on Sunday.

However, in a statement Benfica reiterated their commitment to the current set-up as members of the European Clubs Association (ECA).

"Benfica wishes to clarify that the information published by newspaper Record, about suggested tentative negotiations for taking part in the European Super League, are completely false and again states its complete opposition to the project," a club statement read.

"Benfica were the first Portuguese club to state their opposition to a Super League publicly last November when our CEO Domingos Soares de Oliveira said so in an interview.

"Benfica, via its presence in the ECA, has always been against any competition taking place outside of UEFA's scope, having even actively contributed to the Champions League reforms that are to come in after 2024.

"Benfica always has been, and always will be, in solidarity with UEFA and with European football values: meritocracy, solidarity and inclusion." 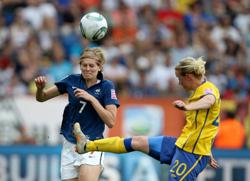