PETALING JAYA: Johor Darul Ta’zim (JDT) are looking invincible in the Super League after beating Pahang 2-0 at the Darul Makmur Stadium in Kuantan on Friday (April 16).

The Southern Tigers got their first goal in the 23rd minute through Argentinian midfielder Leandro Velasquez.

Brazilian striker Bergson continued his fine form in the top division by scoring his ninth goal of the season when he scored JDT’s second goal in the 93rd minute.

JDT are yet to unbeaten in nine games, as they have won seven lost and drawn two. 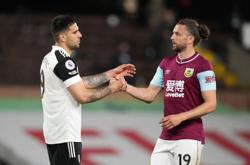