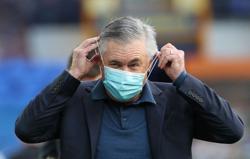 Calvert-Lewin, Everton's top-scorer with 19 goals this season, was sidelined for Monday's 0-0 draw against Brighton & Hove Albion due to an abductor problem, but is expected to return in time for their trip to Arsenal next week.

"Available for the game are Pickford, Allan, Joshua King and Gomes," Ancelotti told a news conference. "In the next week we are going to have Calvert-Lewin, Yerry Mina, Fabian Delph and Bernard.

"It will be longer for Jean-Philippe Gbamin and Abdoulaye Doucoure. Gbamin doesn't need surgery but he will be out for at least eight weeks."

Everton are eighth in the Premier League on 48 points from 30 games, but victory at Goodison would ensure they leapfrog seventh-placed Tottenham and move to within one point of champions Liverpool, who are sixth.

Ancelotti expects the race for European qualification to go down to the wire.

"All the games are vital," the Italian said. "We have to play against teams who are fighting with us for the position.

"To judge our season, we have to wait until the end. It could be fantastic if we reach Europe. It could be a good season if we don't. I think it will go to the last game. Lots of teams have inconsistent results."

Ancelotti also sympathised with his Spurs counterpart Jose Mourinho, who has come under increasing pressure following the London club's slide down the standings.

"Every manager tries to do his best," he said. "I am not able to judge Mourinho's job. In my opinion he always does a fantastic job. Pressure on a manager is normal." 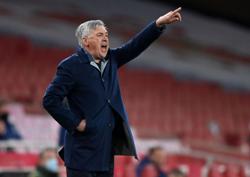 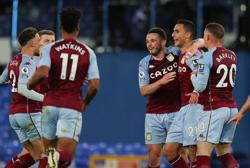