WEST BROMWICH (Reuters) - Southampton manager Ralph Hasenhuettl said his side did not seize the opportunity to gain some confidence ahead of the FA Cup semi-final after they were beaten 3-0 by relegation-threatened West Bromwich Albion in the Premier League on Monday.

Goals from Matheus Pereira, Matt Phillips and Callum Robinson ignited West Brom's survival bid while Saints midfielder James Ward-Prowse had a penalty saved at the death to rub salt into the wounds.

Southampton play Leicester City in Sunday's FA Cup semi-final and Hasenhuettl has cause for concern after his side has picked up only 10 points from their last 15 games -- the worst return for a Premier League side in 2021.

"We missed everything that is normally part of our game. When you make it that easy for your opponent, it's not a surprise you are 2-0 down," Hasenhuettl told BBC Sport.

"We are all responsible for performances like this. If we play like this we have no chance on Sunday. This was a chance to get some self confidence ahead of the weekend - we didn't take it.

"When the first duel was lost you could see we weren't sharp enough to compete... Our best 25 minutes was at the start of the second-half but it wasn't enough. We made changes but we were gone by that point."

West Brom manager Sam Allardyce took heart from a solid defensive performance that gave them a platform for victory.

"I warned them about the changes Southampton would make and I think they did better, but probably on the back of a lot of our sloppy passes giving the ball away," Allardyce said.

"Our defensive unit has been good for a long time and that shows why we're winning football matches.

"It's resilient, won't give much away and that's been a long time coming for this club from when I first started when five, three and four (goals) were going in." 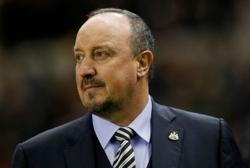 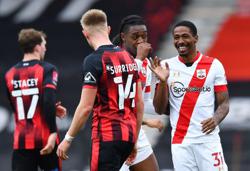