(Reuters) - Manchester City boss Pep Guardiola has urged his players to execute their plans on the pitch rather than worry about different scoreline permutations for their Champions League quarter-final second leg against Borussia Dortmund on Wednesday.

City will take a 2-1 lead to Dortmund, knowing the German side could seal progress with a 1-0 win on Wednesday on the away goals rule.

But Guardiola was relaxed about his team's chances and expects both teams to score at the Signal Iduna Park.

"If you think of the consequences or goals you have to score or concede, you forget what you have to do," he told a news conference on Tuesday. "It doesn't matter what happens in the first leg, you have a chance in the second.

"Our idea is to go there do as best as possible and let them feel we are not going to defend what we got here. We want to impose our game to win the game."

City are aiming to reach the final four of Europe's elite club competition for the first time under Pep Guardiola, having suffered elimination from the quarter-final stage in each of the past three seasons.

But Guardiola brushed off questions about his trust in his players as the Premier League leaders remain on track to complete a quadruple in an intense final phase of the season.

"After 27 victories in 29 games if I don't trust the players we have a big problem," he said. "I would be crazy.

"The players were sad when we didn't get to the semi-finals (last season) but nobody will give it to us, we have to do it.

"We are already qualified for the Champions League, 11 years in a row, never happened before. That is fantastic. Now is the time for another step." 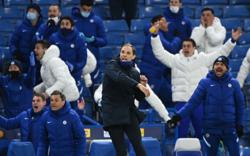 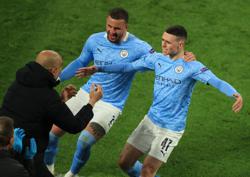