(Reuters) - AC Milan coach Stefano Pioli said that Zlatan Ibrahimovic informed him that he did not disrespect or offend the referee despite being sent off for dissent in his side's 3-1 win at Parma on Saturday.

Ibrahimovic received a straight red card for something he said to the referee just before the hour mark, with Milan 2-0 up.

The 39-year-old's Swede's eighth red card in Europe's top-five leagues, and first in Serie A since February 2012, was a strange one, given the referee and Ibrahimovic were not close to each other when the Milan striker was dismissed.

"I just talked to Zlatan, he told me that he argued with the referee and it lasted some time," Pioli told Sky Sport Italia. "He assured me that he did not disrespect him and above all he did not offend.

"What did he report to the referee? Zlatan said to me that he said 'you really don't care what I tell you'."

The result, sealed late on by Rafael Leao's goal, was an important one as Milan closed the gap with leaders Inter Milan to eight points.

They also stretched their lead over third-placed Juventus to four points.

Inter and Juventus are both in action on Sunday.

Pioli pointed out that his main goal was to get his side back into the Champions League after a seven-year absence, with Milan moving seven points clear of fifth-placed Napoli in what is a tightly-contested top-four race.

"I liked the approach seen by the boys after the match against Sampdoria (in last weekend's draw)," Pioli added. "We needed a reaction.

"We almost messed up the match in the second half but it was important to win and get closer to the Champions League.

"We had to show that we understood our mistakes and put in a different performance. We were faster and we found more solutions." 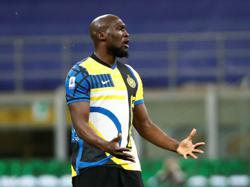