Tuck up to the task

No love lost: Pahang’s Lee Tuck says it will be an emotional affair playing against Terengganu.

PETALING JAYA: Englishman Lee Tuck captivated the hearts and minds of Terengganu fans with his leadership and performances for three good years.

So it came as a shock when the Turtles let him go in December although the player had made it clear he wanted to stay on.

Though disappointed, the 32-year-old moved on and joined Pahang for the new season.

And today after five months, Tuck faces his former side in the Super League for the first time at the Darulmakmur Stadium and expects emotions to run high.

Tuck did not hide his feelings on how the encounter would be.

“It is going to be very strange facing Terengganu. It is the first time I will be playing against them. Obviously, I have had a lot of history with them in three years, so it is going to be emotional, ” said Tuck.

“But I am preparing the same way that I do for every game. Nothing has changed. I am just staying focused on the task at hand, which is trying to win for Pahang.

“Terengganu have a good team this season. They have started very well and are looking confident now.

“They are one of the strongest teams in the league. It will be a tough game today, but we will try our best.”

The Elephants have yet to sharpen their tusks in the league as they have only collected four points from six matches to be placed 11th in the 12-team standings.

Terengganu are third with 11 points.

Another defeat could spell more trouble for the club, as they have to get a win tonight to ensure that they are not mired in a relegation battle.

“It’s not been the best of starts for us. It is difficult when coaches change. We have to adapt to different situations, find solutions quickly and try to get results and points on the board, ” said Tuck.

“I have faith in the team, and I have faith in what the club are trying to do. We just need to keep working hard. I believe things will surely change.”

Tuck said he was inspired by Sir Winston Churchill’s famous saying, ‘If you are going through hell, keep going’.

“That’s what my teammates and I will do, we’ll keep fighting until the end, ” added Tuck. 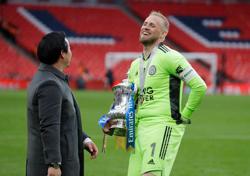