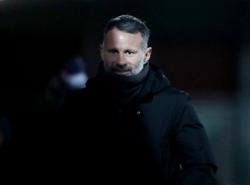 (Reuters) - Daniel James can threaten opposition defences with his raw electric pace and inch-perfect crosses but few expected the diminutive Welsh forward to settle a game with a towering header on Tuesday.

Wales captain Gareth Bale exploited the space on the left flank before whipping in a floating cross in the box for James, who rose above the Czech Republic defence to bury an 81st minute header past goalkeeper Tomas Vaclik.

It was James's fourth international goal - and the first headed goal of his professional career - that earned Wales a 1-0 victory and their first points of the 2022 World Cup qualification campaign after two matches.

"I've had quite a few in the last month at club level that I've been disappointed with, really. I was due a header. It’s about getting in the right positions."

When asked if he expected his 5ft6-inch forward to pounce on a header, assistant coach Robert Page replied: "No, not at all!

"We didn't see DJ attacking it at the back post but what a goal – what a header. He deserves all the credit he's going to get."

The result comes as a much-needed boost for Wales who have struggled to put a lid on off-field distractions in recent weeks.

Wales trio Hal Robson-Kanu, Rabbi Matondo and Tyler Roberts were released from the squad on Monday for breaching a curfew at the team hotel.

Meanwhile, Wales were led once again by Page, with manager Ryan Giggs staying away from the team due to his arrest on suspicion of assaulting a woman last year.

Giggs has denied the allegations and has had his bail extended until May 1 - just six weeks before Wales begin their Euro 2020 campaign against Switzerland.

When asked if Page should stay in charge for the Euros if Giggs remained absent at the Euros, James said: "Yes, definitely.

"He has just been doing the job that he was doing before. He gets the points across to us so well. Nothing has changed really."