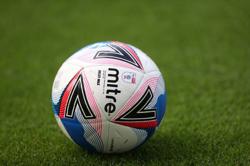 (Reuters) - The English Football League's (EFL) 2021-22 season will kick off on Aug. 6 with a televised game to begin the campaign.

A majority of matches from the opening weekend will be held the following day, the EFL announced on Monday.

The governing body of the three divisions below the Premier League said in a statement that playoff final games will be held at Wembley Stadium in the last two weekends of May 2022.

The League One playoff final will take place on May 21, 2022 before League Two and Championship (second-tier) playoff finals on May 28 and 29 next year respectively.

The Championship and League Two regular seasons will end on the weekend of May 7-8, 2022, with the League One regular season concluding a week earlier.

The League Cup final will be on Feb. 27 next year.

The EFL said that details of the 2021-22 fixture release day will be announced in due course.