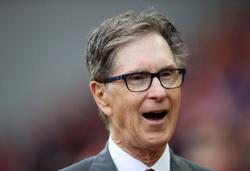 LIVERPOOL, England (Reuters) - Liverpool boss Juergen Klopp is looking for a "masterpiece" that would change his side's momentum following another poor attacking display in a 1-0 home defeat by Fulham, their record sixth league loss at Anfield in a row.

Klopp made seven changes but his side still suffered from the same problems they have had all season, failing to convert their superiority into goals and getting hit by a sucker-punch that cost them all three points.

"There were moments we could have had more of an impact on the game -- conceding that goal before halftime was a massive blow. We tried to react and the boys showed that. In the end we don't score goals and that's a big problem," he told Sky Sports.

"We never had a momentum in the season. You can see it's still in the boys. They still have it all but at the moment can't show it. It would be a masterpiece to find out how we change that overnight," the German added.

Liverpool have yet to win at home in the league in 2021 and Klopp's ambitions have gone from retaining their league title to something much more prosaic.

Fulham boss Scott Parker said his side were good value for their victory as they moved level on points with Brighton & Hove Albion, who are fourth from bottom with a game in hand.

"It's a big win. There's a lot of emotion and I am very proud. I am happy for the players and the team because they got nothing short of what they deserved," he told the BBC.

"We deserved this result and we have deserved better results over the last few weeks," Parker added. 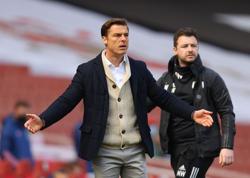