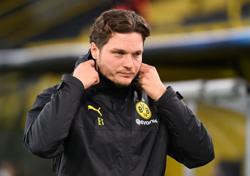 DORTMUND, Germany (Reuters) - Borussia Dortmund's Giovanni Reyna and Raphael Guerreiro are doubtful for their Champions League Round of 16 second leg at home to Sevilla on Tuesday but leading striker Erling Haaland will be fit, coach Edin Terzic said on Monday.

Dortmund, who suffered a 4-2 defeat at Bayern Munich in the Bundesliga on Saturday, are already without the injured Jadon Sancho, who has been sidelined for several weeks. The Ruhr valley club won the first leg against Sevilla 3-2 in Spain.

England international Sancho as well as midfielders Reyna and Guerreiro all missed Saturday's loss to Bayern but the latter two are racing to be fit in time for Tuesday's match.

He added that top scorer Haaland, who was taken off on the hour in the Bayern game after scoring twice, was fit to play.

"Erling looks unaffected by it (minor knock against Bayern) and we expect him to be there tomorrow," Terzic said.

Dortmund's loss to Bayern after leading by two goals ended a four-game winning run in all competitions but they have the upper hand against Sevilla thanks to their first leg away win.

Sevilla slumped to a surprise 2-1 defeat at struggling Elche in La Liga on Saturday to complete a miserable week of three consecutive losses that also included a Copa del Rey semi-final elimination by Barcelona on Wednesday.

"It will not be easy. I always said we need two good performances," Terzic added. "We expect a very good match from Sevilla, even if their last few results haven't been great."

"We are preparing for them to show a very different intensity in Dortmund. Sevilla will be a different team tomorrow. They will want to play better than in the first leg where they scored two goals," he said.

"That means that we also have to be better than we were in Sevilla." 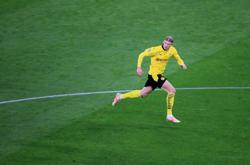 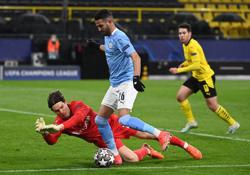