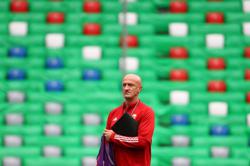 FREIBURG, Germany (Reuters) - RB Leipzig beat Freiburg 3-0 in the Bundesliga on Saturday to stay in second place, two points behind leaders Bayern Munich and in the race for the league crown.

It was Leipzig's sixth league win in a row and lifted them to 53 points but champions Bayern came from two goals down to beat Borussia Dortmund 4-2 and remain top on 55.

"I am very satisfied. The first goal is the one that opened up the game," Leipzig coach Julian Nagelsmann said. "Freiburg were very compact in their defending in the first half. It is not easy playing here and we have not won often here."

"After the second goal we found more space. We deserved to win even though it was a matter of patience," he added.

A huge blunder by Freiburg keeper Florian Mueller, whose pass forward was easily intercepted by Kevin Kampl, allowed Christopher Nkunku to tap in for the lead in the 41st minute.

The Frenchman is now Leipzig's leading scorer in the Bundesliga with six goals.

Leipzig, who face out-of-form Liverpool on Wednesday for their Champions League last 16 second leg, scored twice more after the break.

Kampl again won possession in the 64th minute and Sorloth drilled in from the right from a Nkunku assist.

"The first two goals could be credited to Kampl," Nagelsmann said. "He conquered the balls, he put pressure at the right moments and moved really well behind the strikers."

Emil Forsberg's shot from the edge of the box in the 79th made it 3-0 for Julian Nagelsmann's team. 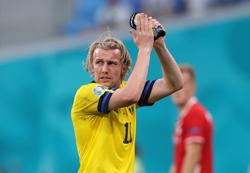